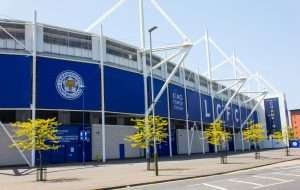 You can present your home in its best condition, well decorated, clutter free, smelling nicely with good lighting but what else could affect the value of your property?

Living near a supermarket

Recent research from Lloyds Bank has revealed that living near a supermarket could typically add £22,000 to the value of a home. It isn’t just big brand supermarkets that can affect house prices, living near Lidl and Aldi also have a positive impact on prices.

Lloyds Bank compared average house prices in postal districts with a supermarket from a national chain with typical property values in the wider towns to calculate the price premium paid for homes located near supermarkets. The research covered homes across England and Wales.

Not surprisingly the name of a street affects the value of a property, to an extent.

Zoopla analysis showed that properties located on “Hills” and “Lanes” are worth 50 per cent more than the national average; while “Streets” and “Terraces” have the lowest average property values. You will pay more to live on a ‘Chase’ than on a ‘Terrace’ or ‘Close’ and regal sounding streets such as ‘King’ can increase prices.

Mark Hayward, managing director of the National Association of Estate Agents says: “Aspirational amenities such as a Michelin-starred restaurant, organic farm shop or a local dining club can have a positive impact on the saleability of nearby homes. In addition, areas with high-value sporting and recreational activities like pony clubs and chess”.

Societies for children are also desirable, and when combined with successful local schools can see premiums on house prices of up to 10%

Live near a sporting venue

One historical study by Halifax showed that houses near Premier League football grounds increased faster than average over 10 years. In the decade up to 2012 house prices in the postal districts of 20 clubs rose by an average of 137%, compared to an average hike of 90% across England and Wales.

Research has also found that stadium capacity appears to have a positive effect on prices. The 10 largest grounds have an average house price of £406,571, while the smallest 10 venues’ is just £246,570. In addition to this, homes next to premier division stadia in their respective sport are 84% more expensive than those next to third division venues.

Golf is the best sport for house prices with homes near to golf courses averaging around £419,446, whilst homes near to horse racecourses average £219,00 across the UK. Properties near other sporting venues such as cricket, rugby union and rugby league benefit from increased prices.

And finally, research also indicates that having a good quality local pub within walking distance is a major selling point for 23% of buyers.