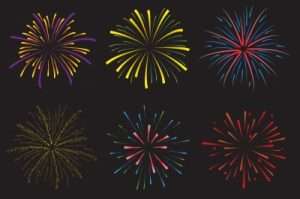 One of Leicester’s biggest annual events and some of the biggest Diwali festivities outside India is happening this weekend along the Golden Mile and Belgrave area of the city. Diwali celebrates the most important date in the Hindu religious calendar – the start of the New Year.

There will be a spectacular fire work display, traditional dance and for the first time there will be a Diwali Village located on the Cossington Street Recreation Ground with fun fair rides, entertainment and a wide range food stalls.

Organizers say Leicester’s festivities get bigger and better each year, and have predicted seeing more than 100,000 people in total at the main events across the fortnight enjoying the celebrations.

The 110-foot high Ferris Wheel has been erected on the Golden Mile.

It will operate from noon to 8pm from Mondays to Thursdays, and noon to 10pm on Fridays, Saturdays and Sundays.

Passengers will be taken up in 24 suspended gondolas, each holding six people, to get spectacular views over Leicester in a ride lasting eight to 10 minutes

Image by noppasinw at FreeDigitalPhotos.net